Here you’ll find the largest list with Tennessee hosting reviews. We’ve listed all Tennessee web hosting providers with our UNCENSORED review and that of users. 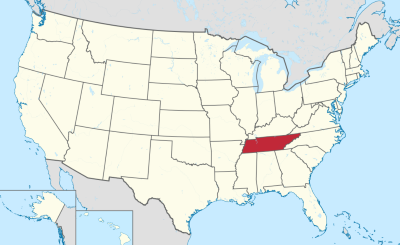 Internet Coverage: more than 80% of residents

According to Akamai.com, the average downlink Internet speed in Tennessee is 42 Mbps and the average upload speed is 15.3 Mbps.

in 2016, the population of Tennessee was approximately 6.7 million. More than 80% of residents have access to the Internet, especially broadband connections.

Main Internet services provided in Tennessee are the following:

Main Internet Service Providers established in Tennessee are as follows:

Gigabit Internet is extremely limited in Tennessee. Only a few providers, such as AT&T, offer such services to select areas in Tennessee, but they are mostly meant for businesses exclusively, with little to no access for residential customers. According to muninetworks.org, there are a few local towns which have invested in a government-owned, fiber-based Internet infrastructure with 100% coverage to their respective residents. Such towns are Chattanooga, Tullahoma, Bristol, etc. This indicates substantial improvement in the respective areas, but statewide, current trends indicate that the necessary infrastructure for rolling out gigabit Internet is not going to be available in the foreseeable future.

According to datacentermap.com, there are currently 31 colocation datacenters distributed across Tennessee. Most datacenters are located in Nashville (15), followed by Chattanooga (4), and Knoxville (3).

The most important colocation providers are established in Nashville, and they are as follows:

One of the biggest colocation providers located in Nashville is Vxchnge. Their primary facility commands the greater Cumberland River Valley, rendering it ideal for connectivity solutions. The datacenter features a square footage of 22,000, and specializes in providing wholesale and retail colocation services, mostly to local customers looking for local solutions, but also to customers looking for reliable disaster recovery and business continuity solutions.

Tennessee is regarded as a tier-two colocation datacenter market in the United States. In recent years, Tennessee – and Nashville in particular – have seen many investments from diverse colocation companies, such as vXchnge, tw telecom and Level 3 Communications. However, demand for actual services continues to see slow growth in the favor of more developed markets, such as Virginia, New York, and New Jersey. As such, most demand is driven by local companies.

The good news is that customers looking for alternatives to these substantially more expensive markets can opt for Tennessee instead, since the cost per kilowatt-hour (kWh) of electricity is approximately 8 cents, in comparison with Virginia, where costs can go up to as much as 11-12 cents per kWh.

Another advantage associated with co-locating in Tennessee is the region’s very low risk for natural disasters. According to epa.gov, Tennessee is rarely affected by tornadoes, earthquakes, or seasonal floods, all of these natural hazards being below the national average.